Sorgenfri Palace was built by the architect Francois Dieussart in 1705-1706 for Carl Count Ahlefeldt. From 1730, this country house was owned by the Royal Family, and Crown Prince Frederik (V) had court architect Lauritz de Thurah build a wing for the gentlemen of the Court and a horse stable.

When Frederik V became king, the palace was given to his aunt, grand duchess Sophie Caroline of East Friesland, who let de Thurah demolish the main building in 1756-57 and build a new palace. From 1791-94, the heir apparent, Frederik (VI), expanded and modernised the palace by the architect Peter Meyn. 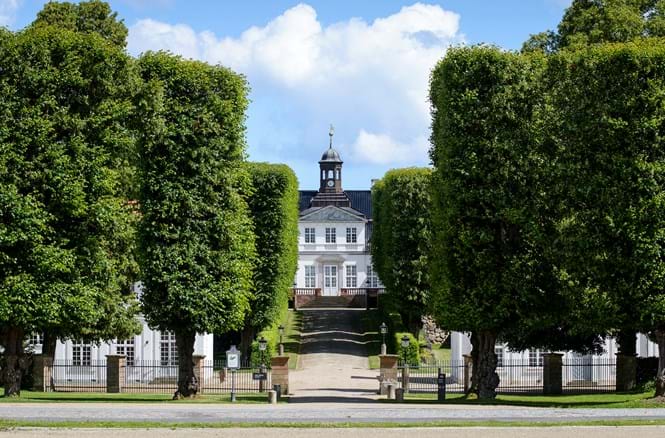 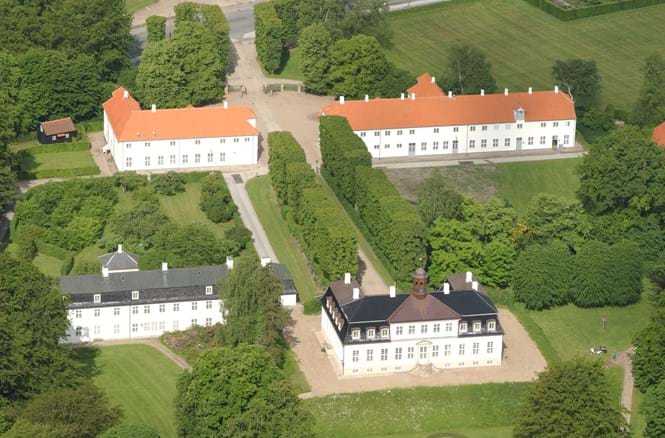 Frederik VII later transferred the palace to the state. In 1898, the state placed the palace at the disposal of Crown Prince Christian (X) after modern conveniences and a glassed veranda were installed.

Sorgenfri Palace was Christian X and Queen Alexandrine’s preferred summer residence, and both Frederik IX and the heir presumptive, Prince Knud, were born there. Prince Knud and his wife, Princess Caroline-Mathilde, lived in the Palace until their deaths in 1976 and 1995, respectively.

The palace’s exterior underwent a major restoration in 2001-2002, when the glass veranda was removed again.