In the exhibition “HRH Crown Princess Mary 1972 – 2022” in the Great Hall at Frederiksborg Palace, the story of Denmark’s crown princess will be told through portraits, personal objects as well as dresses and gala gowns that Her Royal Highness has worn for special occasions. In addition to that, a number of The Crown Princess’s patronages and focus areas will be presented to paint a picture of Her Royal Highness’s efforts.

To mark The Crown Princess’s round birthday on Saturday, 5 February 2022, a new portrait of Her Royal Highness has been created for the portrait collection at the Museum of National History. The portrait is by the resident, Spanish-born artist Jesús Herrera Martínez, and at the same time as the exhibition about The Crown Princess takes place, a series of sketches and preliminary studies for the new portrait will be displayed in the museum’s section for art, historical paintings and portraits from the 20th and 21st centuries.

The exhibition is open to the public from Friday, 4 February until 31 August 2022. 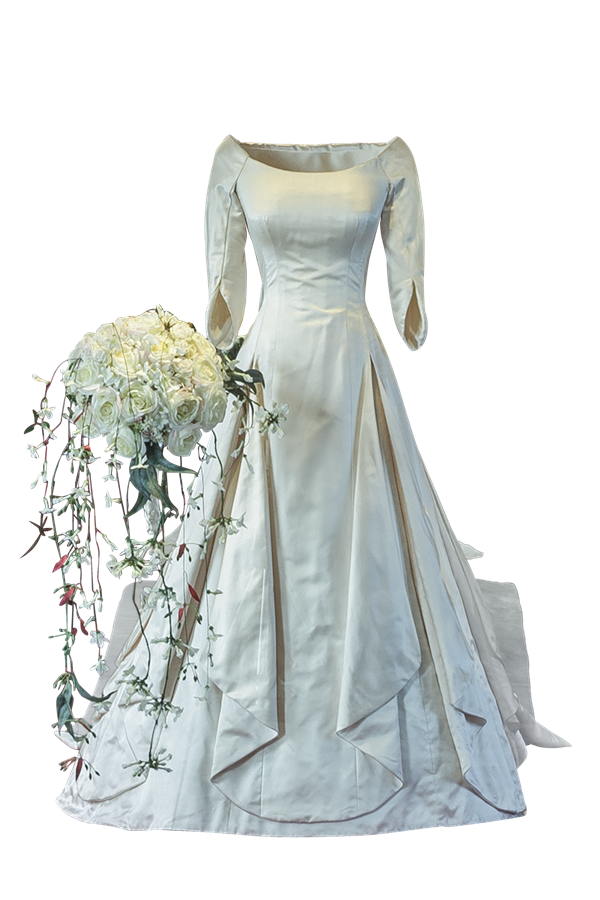 Frederik V’s daughter Sofia Magdalena is represented by her lavish coronation gown from 1772, when she became the queen of Sweden. Photo: Det Nationalhistoriske Museum ©
Go to the theme page about The Crown Princess' 50th birthday
See more