The number plates on the Royal House’s cars all bear the crown followed by a short number, hence the name ¨Crown cars¨.

The flagship among the royal cars is a Rolls-Royce, called Big Crown. It was acquired by Frederik IX for official use and is still used when the Royal House’s foreign guests are driven around. Big Crown remains in good condition and has run more than 140,000 km.

A total of 52 Silver Wraiths were built in 1958. The warranty was issued on 11 April 1958 to His Majesty, The King of Denmark, The Royal Palace, Copenhagen, Denmark by the seller and supplier, Hooper & Co. At that time, Rolls-Royce vehicles were sold in the form of a ¨rolling chassis¨, meaning that they were without bodywork, which afterwards was hand-built by various bodywork-makers such as Hooper & Co. Ltd. or Freestone & Webb.

The motor in Big Crown is a 6-cylinder, 4.887 ccm in-line engine with top-valve intake and side-valve exhaust. Rover used the same valve arrangement in its models in the 1950s; Harley Davidson already had pocket-valve engines in the 1920s. The motor is fed by two SU-carburettors and unofficially generates approximately 180 horse power according to test drives of Silver Wraiths by the British car magazine, Autocar. The motor is the largest for the Silver Wraith models and was developed in 1954, when it was bored up from 4.257 ccm. After using the motor type for 19 years, Rolls-Royce stopped producing it in 1959.

Rolls-Royce does not provide performance ratings for the car, but a test drive of a Bentley version by the British magazine, Autocar, in 1956 showed that the Silver Wraith, despite its size, is fast. It can go from 0-100 km per hour in 12.9 seconds and can reach a top speed of 190 km per hour. For a car from 1958, those are extremely impressive standards.

The two nearly-identical ¨eight-seater¨ Daimler limousines with bodies built by Van den Plas, Kingsbury, London, are of a model that was officially produced between 1968 and 1992. Individual models, however, were specially-built of spare parts all the way up to 1996. 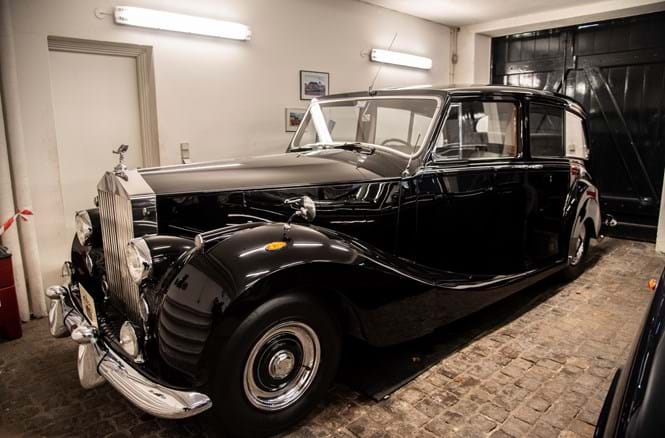 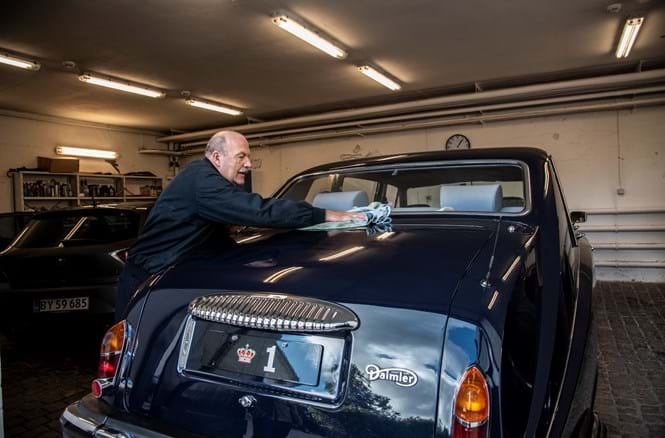 In 2021, the Royal House replaced three gasoline-fueled automobiles with a battery-powered car and two hybrid cars.

The battery-powered car is a Volkswagen ID.3 Pro S, which runs as Crown 18. The 1.8-ton light battery-powered car has a top speed of 160 km/h and can accelerate from 0-100 km/h in 9.6 seconds. With a length of 4.261 meters and width of 1.809 meters, the car is ideal for daily driving in Copenhagen and is often used for practical tasks between Amalienborg and Fredensborg Palace. The car’s battery has a capacity of 62 kWh, which in normal weather can cover a distance of 520 kilometers. Full charging takes 6 hours and 15 minutes, and, with a 33-minute fast recharge, the car can have enough power for a distance of 280 km.

Crown 9 and Crown 10 have both been replaced with Audi A8 L 60 TFSI e quattro hybrids. The cars are 5.3 meters long and are among the Royal House’s limousines ordinarily used for transporting members of the royal family and the Royal Household’s ladies and gentlemen to official arrangements.

The Royal House follows trends and will, in coming years, to the extent possible, replace most of the automobile fleet with battery-powered and hybrid cars. In this connection, the Royal House is also in the process of setting up battery charging stands at all of the Royal House’s residence palaces. 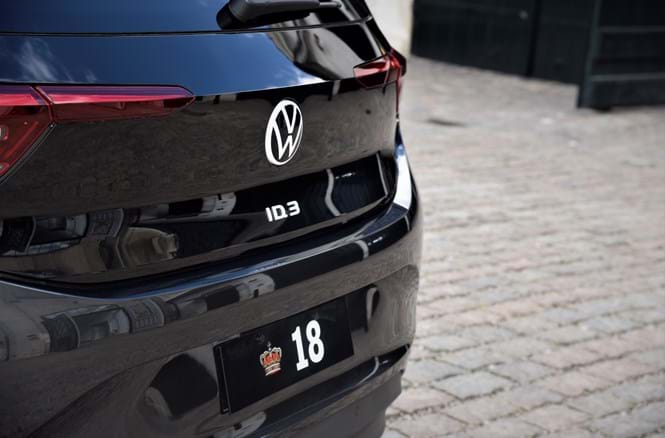