HM The Queen’s Reference Library contains a large collection of photographs from royal ownership and includes both photographs purchased by or given to members of the royal family through the years as well as private photographs and photo albums in which it is often the royal family members themselves who have taken the photographs. Some of this collection is accessible to the public in a searchable database called “The Royal Photographs Collection”.

The collection contains more than 50,000 photographs from the infancy of photography – the oldest photo is from circa 1845 – until today, with a majority from the 20th century. Among the royal photographers are Queen Alexandrine, Frederik IX and Queen Ingrid. In addition, a number of the 19th century’s well-known photographers and photographic pioneers from Denmark and other countries are represented in the photograph collection.

Many of the motifs are portraits, just as official and private events in the royal family make up a major portion of the collection. In addition, “The Royal Photographs Collection” represents a large cross-section of photographic subjects: palace interiors and furniture, landscapes and townscapes, as well as horses, uniforms and exhibitions, and so on. Via the database, it is possible to establish yourself as a contributor and thereby submit information about the collection’s photographs. That can be information about who and what appears in the photos, where and when they were taken, or information about the photographer. 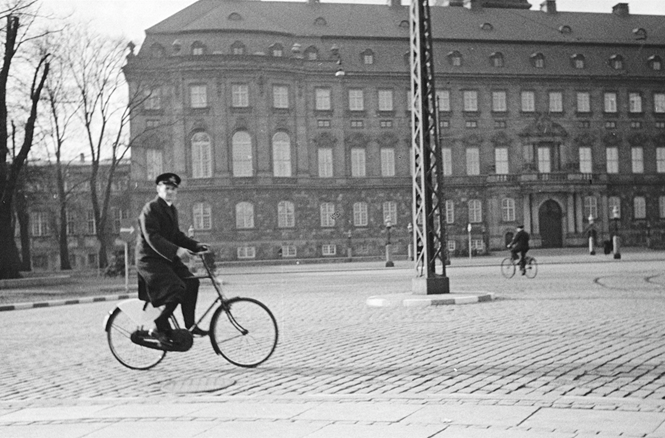 The digital database “The Royal Photographs Collection” provides access to approximately 10,000 photos at present. The number of available photos will increase as the photographs in the collection are scanned and registered. You can search the database in free text, but it is also possible to use the search facets and keywords made available to pinpoint the search. The facets allow searches for persons, places, a number of motif types and events. The search can also be limited to certain time periods.  It is possible to download and use photos from the database free of charge, as long as you credit “The Royal Photographs Collection, The Royal Danish Collection”.

Visit the database (in Danish)

The content on this page was prepared in cooperation with HM The Queen’s Reference Library, The Royal Danish Collection.