The Queen’s motto is "God’s help, the love of The People, Denmark’s strength". 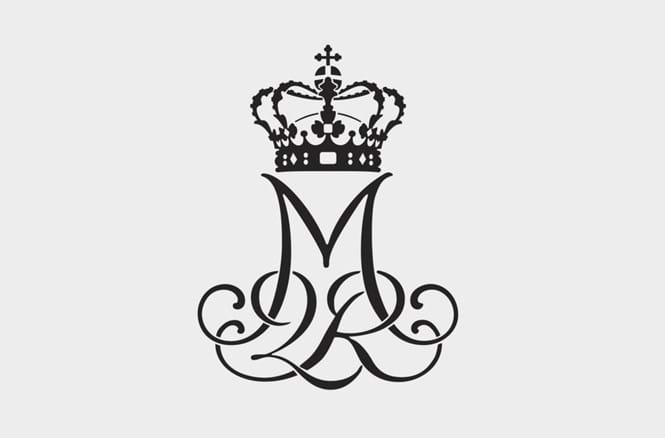 The Queen's monogram. Photo: Kongehuset ©
On 16 April 1958, the Heir Apparent, Princess Margrethe, was given a seat on the State Council. Photo: Allan Moe, Ritzau Scanpix ©

Christening and confirmation
The Queen was christened on 14 May 1940 in Holmens Kirke (the Naval Church) and confirmed on 1 April 1955 in Fredensborg Palace Chapel.

The Act of Succession has since been amended in 2009, when full equality in the succession to the Throne was introduced. That means the regent’s oldest child – regardless of gender – inherits the Throne (so-called primogeniture). Similar rules are found in several other European monarchies, including Norway and Sweden.

Wedding
On 10 June 1967, The Queen (at the time the Heir Apparent) married Henri Marie Jean André, Count of Laborde de Monpezat, who in connection with the marriage became Prince Henrik of Denmark. The engagement was announced on 5 October 1966. The wedding ceremony took place in Holmens Kirke, and the wedding festivities were held at Fredensborg Palace. Prince Henrik passed away on 13 February 2018. 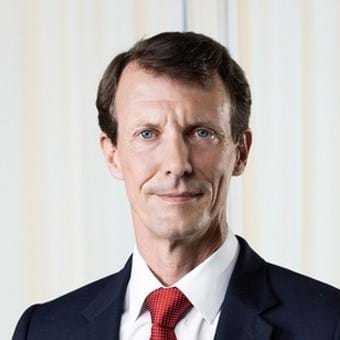 The Queen attended Zahles Skole between 1946 and 1955 and was a private pupil at Amalienborg from 1946 to 1949. In the school year 1955-1956, The Queen was a boarder at North Foreland Lodge in Hampshire, England. Having received private lessons, Her Majesty graduated from Zahles Skole with the upper secondary examination certificate (language line) in 1959. Between 1960 and 1965, The Queen studied at universities in Denmark and other European countries.

After having passed the examination in philosophy at Copenhagen University in 1960, The Queen studied archaeology at the University of Cambridge, England in 1960-1961 and earned a Diploma in Prehistoric Archaeology. Subsequently, Her Majesty studied political science at Aarhus University in 1961-1962, at the Sorbonne, Paris in 1963 and at the London School of Economics in 1965.

Politics
As Head of State, The Queen takes no part in politics and does not express any political opinions. The Queen acts loyally at all times to the government in power.

Role and duties as Head of State
Denmark has a constitutional monarchy, which means that the monarch cannot independently perform political acts. For example this means that although The Queen signs all Acts of Parliament, these only come into force when they have been countersigned by a Cabinet Minister. The Queen’s participation is thus a necessary but not sufficient precondition for the law’s validity.

As Head of State, The Queen participates in the formation of a new government. After consultation with representatives of the political parties, the party leader who has the support of the largest number of seats in the Folketing (the Danish Parliament) is invited to form a government. Once it has been formed, the monarch will formally appoint it. Similarly, it is also The Queen who formally dismisses ministers.

Additionally, The Queen is the formal Head of the Government and therefore presides over the State Council, where the Acts that have been passed by the Folketing are signed into law.

The Prime Minister and the Minister of Foreign Affairs report regularly to The Queen to inform her of the domestic and foreign political situation.

The Queen hosts official visits by foreign heads of state and pays state visits abroad. The Queen also receives all foreign ambassadors, who – before they can commence performing duties as an ambassador here in the country – must present their so-called credentials from the head of state of the country they represent to The Queen.

Other fundamental duties
In her work, The Queen must represent Denmark abroad and, at the same time, be a focal point at home. The Queen fulfills the latter function by, among other ways, being present and speaking at a number of events and arrangements across the country each year. For example, that can involve openings of exhibitions, institutions, etc., anniversaries and birthdays, and celebrations of special national or local days. The annual New Year’s Address is another example of how The Queen fulfills her role as a national focal point.

Prizes
In 1989, The Queen was awarded the Mother-Tongue Society’s prize, and Her Majesty received the Adeil Order in 1990. 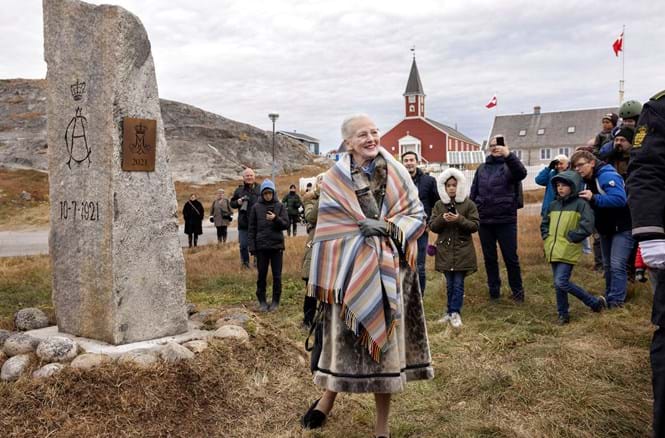 The Queen is patron of many national organisations, institutions, and foundations and is an honorary member of various associations and societies.

Since 1970, The Queen has been actively engaged in a number of artistic modes of expression: painting, church textiles, watercolours, prints, book illustrations, découpage works, scenography and embroidery. Many of these artistic works have been shown in connection with exhibitions in Denmark and abroad.