The Royal House of Denmark makes use of a number of special flags, which all have in common Dannebrog in the form of a swallow-tail flag with special symbols in the midsection. The Royal Flags indicate whether members of the Royal Family are residing at a specific locality, or that a royal person is on board, as far as the Navy or Air Force are concerned. If the regent’s flag is raised, it indicates that HM The Queen and HRH The Crown Prince are both outside of the realm, and that a regent is therefore presiding.

The Royal Flags are also used on the vehicles for official occasions, when they similarly indicate which members of the Royal Family are being transported in the vehicles. 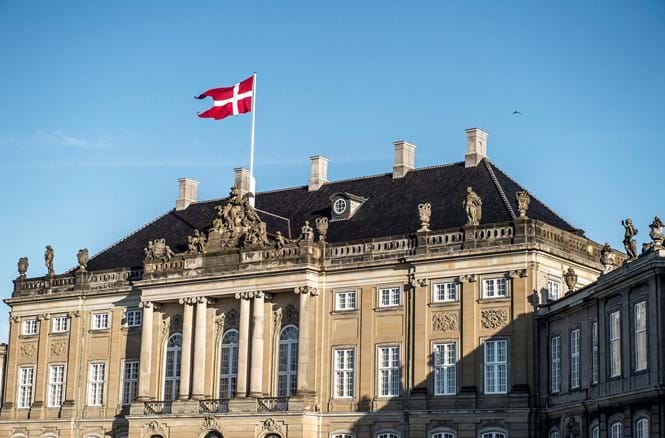 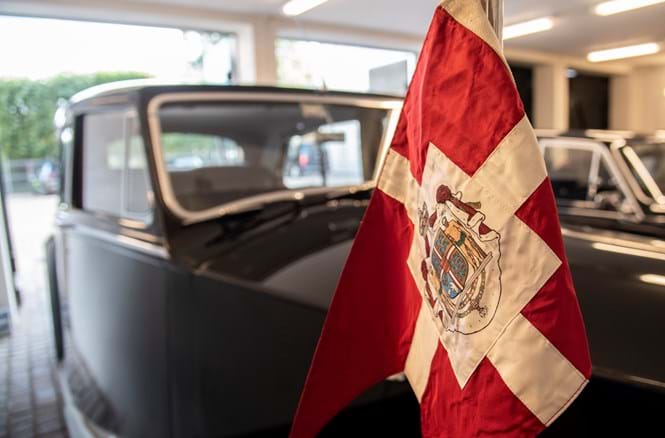 The Rolls-Royce, called Big Crown, with a flag. Photo: Kongehuset ©

The Royal Flag has the Royal Coat of Arms in the middle and is reserved for HM the Queen. It has existed since 1731.

The Flag of the Heir to the Throne

The Flag of the Heir to the Throne bears the Danish state coat of arms encircled by the collar of the Order of the Elephant. It was introduced in 1914.

The Flag of the Regent

The Flag of the Regent bears the regal symbols: the royal crown, the sceptre, the orb, and a sword. It was introduced in 1914.

The Flag of the Royal House

The Flag of the Lord Chamberlain’s Office

The Flag of the Lord Chamberlain’s Office displays the crowned monogram of HM The Queen in a wreath of laurels. The flag was introduced ca. 1983 and is flown on official flag days. The swallow-tailed Dannebrog is primarily reserved for the Royal House and the State.